Good Luck on Your Final Exams

As the Spring Semester comes to an end, it is time to start focusing on final exams and papers. It is imperative that all of you do well on these undertakings. A quiet study atmosphere is necessary for everyone to do their very best. Please be considerate of the other residents of the College Courtyard and keep noise to a minimum so that everyone can concentrate and succeed.

Useless Fact: Even though the rose does not bear any fruit, the rose hips have more Vitamin C than most vegetables and fruits.

The College Courtyard Apartments are gated for your protection. Some of you appear to be our “gatekeeper” as you continually open the gate for anyone and everyone. This is dangerous and a violation of your lease. By opening the gate to strangers you are accepting liability for any damage or injury that occurs on the property or to our residents. Guests can “buzz” for entrance and only the resident should make the decision as to whether they want that person to enter the complex. There is always the chance that the resident is not home and then we have strangers roaming about the building. Please do not open the gate for strangers and do not let strangers enter through the gate as you enter or exit the building.

To increase the security at the College Courtyard Apartments we have added additional bars at the south end of the building to prevent anyone from climbing into the stairwell and extending the front gate fencing down the front of the building so that no one can climb over the planter to get into the courtyard.

Parking is Free And Easy

As many of you know, the University of Nevada continues to increase the parking fees on campus. The University has parking fee increases scheduled every year for the next five years. Fortunately, the residents of the College Courtyard Apartments don’t have to worry about these increases. Our residents enjoy free parking that is close to the campus. That’s a real bonus and another benefit of living at the College Courtyard.
Please Don’t Drink and Drive

For your safety and the safety of others, please don’t drink and drive. Your futures are too bright to be wasted by a DUI or worse. Get a designated driver, walk or call a taxi but please do not get behind the wheel of a car while under the influence.

Please be very careful when driving through the garage gate. If the gate is going down, DO NOT try to slip under the gate. Once the gate begins to go down it will not stop if you press the button on the garage gate opener. It will only stop when it hits something and it could do considerable damage to both your car and the gate if this occurs. The gate is set to stay up an adequate amount of time for one car. You will be held responsible for any damage if the camera shows that you tried to slip through the gate inappropriately.

Useless Fact: The only English place that has a name that ends with an exclamation mark is "Westward Ho!"

As you prepare for that final exam does the grumble of your stomach keep you from concentrating? A quick snack can help you quell those hunger pangs. Snack and drink machines are available in the first floor laundry room. It’s quick, easy and convenient.

Useless Fact: There are over 2,000 different species of cactuses.

Need Storage For The Summer?

The College Courtyard has storage lockers available for rent for only $25 per month. The 4’ by 5’ lockers are located on the second and third floors. These storage lockers are a great place to store skis, bicycles, or camping equipment. See Rebecca for more information.

More Useless Facts: Playwright Shakespeare was only 18 years old when he married Ann Hathaway, who was 26 years old at the time.

The College Courtyard Apartments are non-smoking student residences. Smoking is prohibited in the apartments, on the walkways, balconies and the courtyard. Guests entering the apartments with a cigarette may extinguish them in the urns by the front gate.

Useless Fact: A tree in metropolitan area will survive for approximately eight years.

Vacuum
A vacuum is available for your use. If you wish to borrow our vacuum it can be checked out at the office. Please return the vacuum immediately after use, as other students may need to use it.

Useless Fact: There is a place called Hell, Michigan. It is about 50 miles from Detroit, Michigan.

Useless Fact: There are 158 verses in the Greek National Anthem.
.
Laundry Rooms

Please be considerate of your neighbors and do not leave your clothes in the washers or dryers unattended after the washing and drying cycle.

Please be advised that if you desire to sublet your apartment during the summer you must run this transaction through the office. Replacement residents must pay the first month’s rent, last month’s
rent and deposits. We will not transfer deposits or last month’s rent.
Posted by Duckingham at 9:57 AM No comments:

Security Is Important at the College Courtyard Apartments 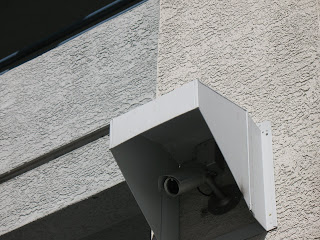 Security at the College Courtyard Apartments is a priority. All of our entrances are under 24 hour video surveillance. This week we installed additional gates and barriers to make the complex even more secure.
At night the College Courtyard Apartments are very well lit and there are no dark corners.
We encourage our residents to monitor carefully who is buzzed into the courtyard. 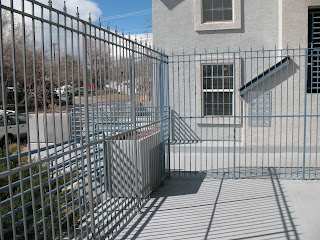 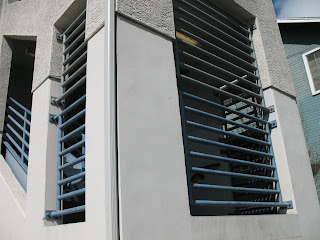 Posted by Duckingham at 6:36 PM No comments:

Crossing Lights To Be Installed

The following a is a Sagebrush staff report:
The Nevada Department of Transportation will install in-pavement flashing lights at two more crosswalks near the University of Nevada, Reno this summer.
The new flashing crosswalks will go in at the Virginia and 10th streets crosswalk and the Sierra Street and Artemisia Way crosswalk, said Lyle Woodward, UNR’s director of facilities.
Three people, including one UNR student, were struck by cars in February when crossing Sierra Street on 10th and 11th streets. All of them sustained injuries.
“There is a high volume of students who cross there and vehicles that don’t stop and go too fast,” UNR police chief Adam Garcia said. “And in that sense, it’s a problem.”
Signals were installed on College Drive at the intersections of Virginia and Sierra streets nearly two years ago. Those installations happened after a UNR student was hit at the Sierra Street and College Courtyard intersection in October 2005.
The new lights were approved earlier this year, but installation was delayed because of winter weather, Woodward said.
The crosswalk lights, which cost about $60,000 to install, are donated by private companies and installed by NDOT as part of an effort to test their effectiveness.
The City of Reno will settle on a model – solar-powered or connected to the power grid, for example – to purchase after all testing is completed in two years, said NDOT spokesman Scott Magruder.
“While you’re testing it they’re out there and they’re effective,” Magruder said. “The question is: which one is the best?”
Posted by Duckingham at 10:38 AM No comments: